The angriest was Mark Brown. 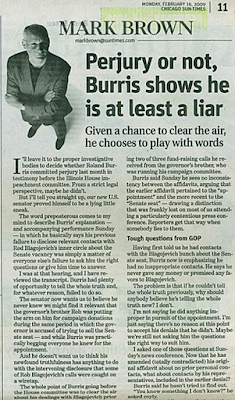 “The problem is that if he couldn’t tell the whole truth previously, why should anyone believe he’s telling the truth now.

The second was Neil Steinberg. 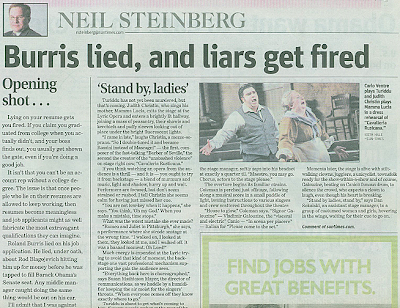 “Roland Burris lied on his job application. He lied, under oath, about Rod Blagojevich hitting him up for money before he was tapped to fill Barack Obama’s seat,” Steinberg said in his column.

“Any middle manager caught doing the same would be out on his ear.”