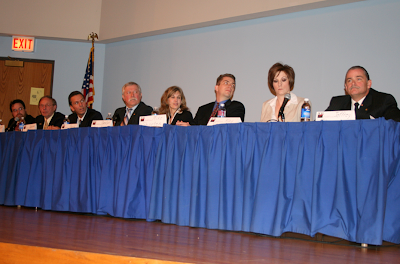 Three seats are up on the Crystal Lake City Council on April 7th and eight people are running for them. 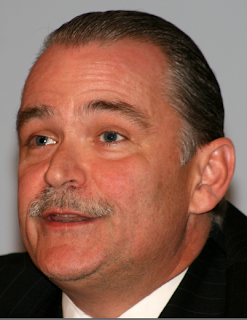 (You have to click on this photo taken at the McHenry County College Conference Center at the candidates’ night sponsored by the League of Women Voters of McHenry County to even be able to see their faces.)

Four years ago, as Councilman Jeff Thorsen pointed out, there were three candidates for three vacancies.

Three incumbents ran and were re-elected.

The same three are running for re-election this year.

Since then incumbents from elsewhere figured out that the more candidates, the better the chances incumbents would get re-elected.

So, instead of having a primary election to eliminate all but two for each office, the General Assembly changed the law to allow three candidates for each office. (Maybe it’s four times; I’ll have to check.)

In any event, common sense tells you that people tend to vote for people they know, other things being equal.

So, why no opposition three years ago and five challengers this year?

That question was addressed by Salvatorie Di Benedetto.

“Some think the bus is going in the wrong direction and it’s time for a U-turn.

“I think it’s time to stop the bus and change the people on the bus, three of them.

“It’s time to change the drivers,” he said in his concluding comments.

The biggest issue seemed to be the large number of vacant stores on Route 14. 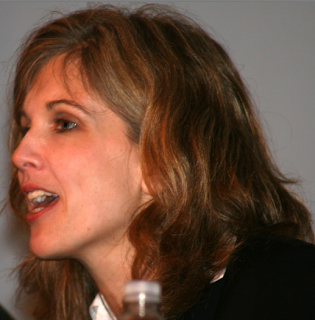 City Planning and Zoning Commission member Carolyn Schofield, running for the second time, brought it up.

So did Di Benedetto.

As did David Bradford.

Kay Stanish wanted to know why businesses were leaving and going “down to Algonquin Commons.”

“I’ll tell you what we are doing,” Thorsen said when it came his turn. 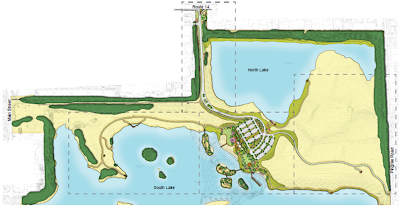 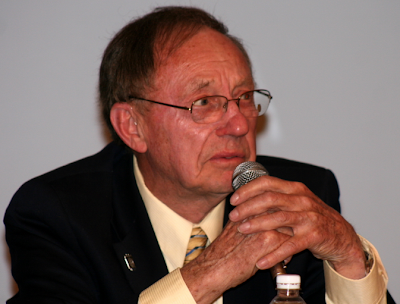 Incumbents Councilmen Ralph Dawson and Dave Goss and Thorsen also pointed to the development of Vulcan Lakes as a recreational area as a magnet that would draw retailers to fill the empty storefronts.

“We have been ahead for the curve,” Dawson said.

While supportive of the Vulcan Lakes project, the five challengers generally contended that was not enough.

Di Benedetto, Mike Shorten and Kay Stanish had three versions on the theme that Crystal Lake is a difficult town in which to do business.

“We need a change in attitude,” Di Benedetto said. “It seems it’s difficult to start something when one comes to Crystal Lake.”

“Sometimes coming to Crystal Lake can be a little bit restrictive,” Shorten added.

“I think in the past business owners have found it difficult to deal with Crystal Lake,” Stanish.

A new concern showed up about how the city will pay to operate and maintain Vulcan Lakes, recreation having been provided by the Crystal Lake Park District since the 1920’s.

“There is no information it will be self-supporting,” Schofield pointed out.

“I share some of the caution Carolyn has,” Stanish added. “The last thing we want to happen is to see it turn it back into a liability for the city.”

At that point, Shorten dropped the bombshell of the night for me.

“The plan is to issue bonds against the Home Rule tax,” he said.

He had apparently spent a significant amount of time since Wednesday when the city budget was placed on display.

He revealed that in the 2009-10 budget, $158,000 has been budgeted for operations and maintenance of Vulcan Lakes…”not a full year or a full staff.”

(My suggestion, offered more than once, is for the city to pressure the McHenry Conservation District to take over and pay for the development of Vulcan Lakes as a recreational facility. Goodness knows, the MCCD sucks enough money out of the Crystal Lake area and has returned virtually nothing but a bike path and a future conservation area west of West School in Lakewood.)

The implication of borrowing money and promising to repay it with Mayor Aaron Shepley’s (and the city council’s) 75% last July 1st city sales tax increase is that the council wants to make certain that it is never repealed.

“Never” being defined as until the bonds are paid off.

Of course, that probably was the plan all along.

Not that any of the candidates said the tax should be repealed.

And, speaking of sales tax, Goss (as did Dawson) pointed out that receipts are holding up very well, despite having lost the Ford dealership. Goss thought it was down “1% or 2%.” Schofield said, “3.1% compared to 7% or 8%” in neighboring cities.

For some reason, the sponsoring League of Women Voters allowed a question about foreclosure.

David Bradford supplied the story of one his neighbors whose home was just foreclosed upon:

“It’s just tragic. Kids and everything. It’s terrible. We need to provide more support for them.”

His suggestion: “Make information available on the (city) web site.”

Thorsen, President of the Corporation for Affordable Housing of McHenry County, pointed out that it was more of a county function to try to keep people in their homes than a city role.