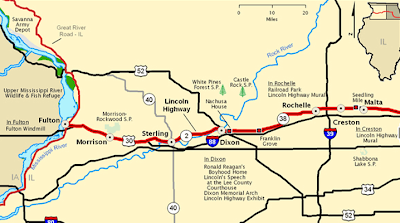 Tuesday, I posted an article entitled,

While writing the article, which was based on a Chicago Sun-Times article about Geneva’s getting a gazebo and a mural to commemorate the first national cross-country road–the Lincoln Highway–I asked the Illinois Department of Transportation what the other 17 towns that would get similar amenities.

I have received the answer in an email from Marisa Kollias, which follows:

“The communities slated to receive an Interpretive Gazebo are: 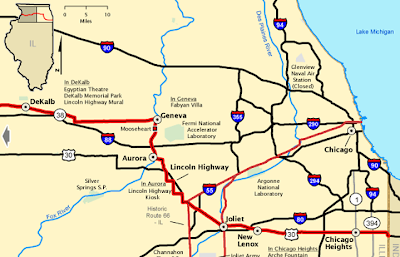 “The bulk of the funding is from the federal scenic byway program and the match is provided by the local community.”

“The National Scenic Byway Program (NSBP) is a federal program that is administered by each state, along with their Division Federal Highway Administration office. For more information, check out the NSBP website at www.bywaysonline.org.

“It is an 80/20 reimbursement program so the federal funding is awarded at 80% and the 20% is provided by local match. Grantees must spend the funds on the project and then apply for reimbursement once performance is proven.

“There are no state funds involved in these projects with the exception of possible Marketing Partnership or Tourism Attraction Development Program grant funds that are administered by the Department of Commerce and Economic Opportunity, Bureau of Tourism.

“Depending on the type of project, a grantee could be eligible to apply for these funds to use as matching dollars for the federal funds.

So, it appears that my pressumption that state money was being spent on gazebos may be incorrect. At least it seems that the money isn’t road money from IDOT.

It’s the Federal government that has money to spend.