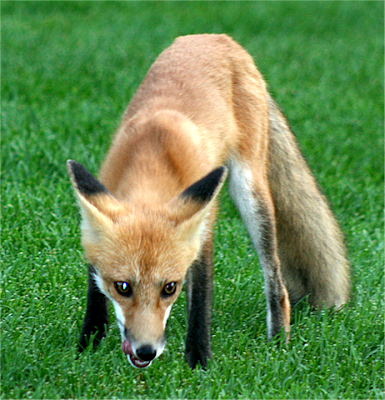 The geese on the green between the club house and Country Club Drive got noisily nervous.

All of a sudden a big hawk swooped toward the patio eating area of the Crystal Lake Country Club last night.

The young people at the table next to us looked up.

One saw something and spread the word to the others. 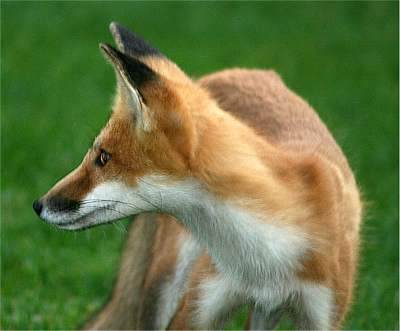 Standing up, I saw over the hedge this teenage fox.

Not a newborn, but not full grown either.

I changed lenses on my camera. 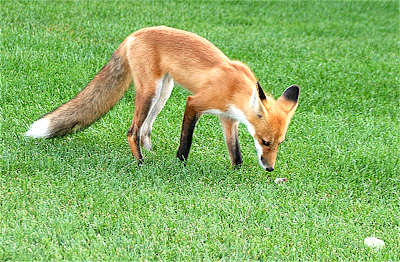 Some people threw bread at him. 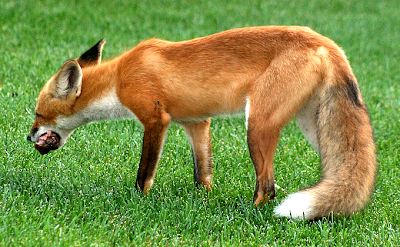 A man threw him something other than bread. steak, it appears, which he ate.

Our waitress said he would have come up on the patio, if the kids had not been making so much noise.

She said that there was a mother, who limped, and three of her little ones.

This probably was not the fox who did a balancing act on our home’s fence earlier this summer.