They never did by themselves.

They were obtained value when reprinted and redistributed.

And, for those reading newspapers on the internet, the editorial page probably is not a primary goal for readers.

But, when I found the Tribune’s editorial page yesterday, there were Chicago-area state senate endorsements. 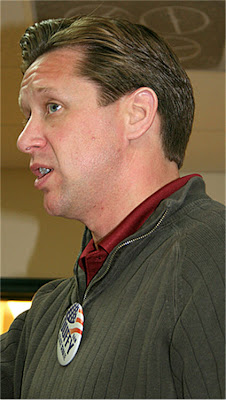 The only one of interest locally was in the hotly-contested 26th state senate district. The 26th has 18% of McHenry County voters. They are located north of Crystal Lake running into part of McHenry and points east into Lake and Cook Counties.

“…Duffy is a smart, solid guy who has excellent real-world experience. He is troubled by the state’s anti-business climate and wants to hold the line on taxes. Gentes has been a successful mayor, but he’s given voters a reason not to trust him. He said he was on a leave of absence from his job—but later admitted he had been fired. Duffy is endorsed.”

This endorsement means something because Duffy has the money to spread it around to prospective constituents.

And money he got aplenty from the Republican State Senate Campaign Committee:

Meanwhile, Bill Gentes reported $1,541.31 being received for salary of staffer Bryan Johnson, out of Springfield, $5,000 from Illinois PAC for Education (PACE) and $500 from the Northeastern Illinois Federation of Labor AFL-CIO Political Action Fund.