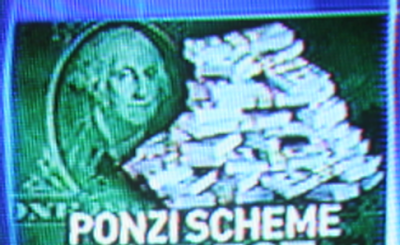 Projects mentioned in the indictment of Forrest David Laidley are

Banks from whom loans are said to have been obtained are the Libertyville Bank and Trust Company, Northside Community Bank, CIB Bank and Union Bank (not the bank in Union, Illinois).

The following press release has arrived from the U.S. Attorney’s office:

CHICAGO – A Libertyville, Illinois real estate developer, who offered and sold limited partnership interests and short term, high interest, guaranteed promissory notes to the public, was indicted by a federal grand jury yesterday and charged with mail fraud, wire fraud and bank fraud in connection with a scheme to fraudulently obtain, retain and use more than $10,000,000 from investors and financial institutions.

Patrick J. Fitzgerald, United States Attorney for the Northern District of Illinois, and Robert D. Grant, Special Agent-in-Charge of the Chicago Office of the Federal Bureau of Investigation, announced the return of the fourteen-court indictment against Forrest David Laidley today.

In doing so, they also thanked Lake County State’s Attorney Michael Waller and his office for their assistance in the investigation.

Laidley, 65, of Libertyville, Illinois owned and operated Forrest Properties Inc., which was engaged in the real estate development business in the northern suburbs.

According to the indictment, Laidley through Forrest Properties, fraudulently obtained funds from investors, financial institutions and others by misrepresenting the expected return on investments, the risks associated with investments, his ownership of property, his ownership of loan collateral, his financial condition, the status of investments and the use of proceeds obtained.

The indictment further alleges that Laidley commingled the fraudulently obtained funds and at times misappropriated them to make ponzi-type payments to investors, to repay delinquent loans including bank loans, to benefit unrelated real estate development projects and to benefit himself.

According to the indictment, as a result of the defendant’s scheme, limited partnership interest investors and promissory note purchasers lost over $8,000,000.

If convicted, each mail fraud, wire fraud and bank fraud count carries a maximum penalty of 30 years in prison and a $1,000,000 fine, or the Court may impose an alternative maximum fine totaling twice the loss or twice the gain, whichever is greater. The Court, however, would determine the appropriate sentence to be imposed under the advisory United States Sentencing Guidelines.

The government is being represented by Assistant United States Attorney Edward G. Kohler.