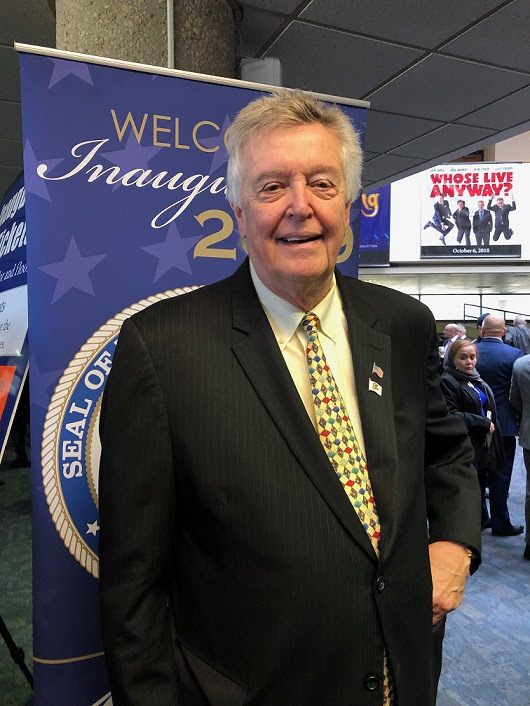 State Rep. Steve Reick on his second swearing in day.

On Friday afternoon, Governor Bruce Rauner issued an amendatory veto to HB 4637, which singled out McHenry County and would have allowed township consolidation referenda to be brought forward by an extremely small number of township residents and without a cost study to prove savings.

I was a vocal opponent to this bill throughout the legislative process. Upon learning of the Governor’s veto, I issued the following press statement:

“I am pleased with this amendatory veto and agree with the Governor’s comments that consolidation legislation of this nature should not target just one county.

“When I spoke against this bill during the House floor debate, I expressed my opposition to this ‘McHenry County-only’ initiative.

“The sponsor of this bill, in my opinion, was capitalizing on political dysfunction within one McHenry County Township.

“I believe the bill was written to only apply to one county because he would not have been able to generate the required number of votes if lawmakers were being asked to vote for the provisions in their own districts.

[The Governor’s amendatory veto expanded the language to cover the whole state.]

“There was nearly unanimous opposition to this bill by the members of the McHenry County Board, which would have had to absorb township functions through this consolidation bill.

“I am pleased to know the Governor put the brakes on this legislation so that a future bill could be written in a much more thoughtful and comprehensive fashion.

“My primary concern with consolidation legislation remains the absence of a requirement for an independent cost study to prove cost savings will truly occur.

“Show us your study and prove your savings.

“Then you can take you case to the voters.”