The source of the spiffy pamphlet supporting passage of the sale of the part of Hoffman Park that fronts on Route 31 has been discovered. 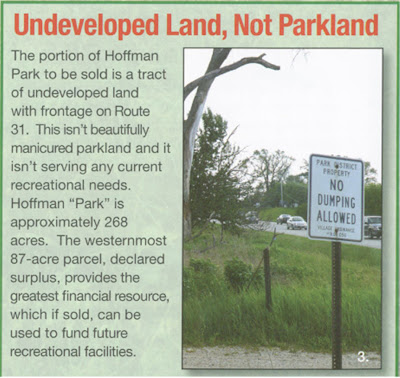 The part which the park board is seeking to sell lies where we had the little ceremony when it was announced that the park would be named for farm owner Hoffman in exchange for a lower price. If was a couple of hundred feet from this sign, back near the barn.

It’s also where the announcement was made that $400,000 of state money would be provided. That was my share that year of what legislative leaders euphemistically call “member initiative” money, but most people call “pork.” 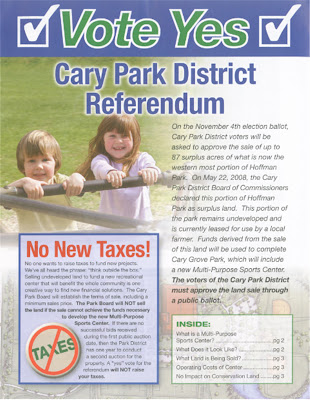 The State Board of Elections reports that Scott Hamann of 1073 Acron Way in Cary is responsible for the $2,000.09 that it cost. That total includes his in-kind professional services.

Hamann is obviously a big supporter of the park district, evidenced not only by the campaign piece, but by the fact he ran for the Cary Park Board last year, losing by just two votes. 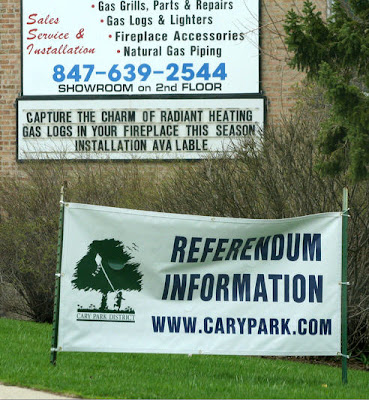 The Route 14 sign above doesn’t advocate voting for the referendum and is on park district property. It was put up by the Cary Park District and directs folks to information about the referendum. It points to this on the internet.