There are pages and pages of Illinois congressional earmarks in this year’s Transportation and Housing and Urban Development budgets.

These were found because Taxpayers for Common Sense scanned the pork pages and posted them on its web site.

Unfortunately, it was not a searchable web site, so I scrolled down and tried to pick out all of the Illinois congress critters.

I found the first pork for McHenry County.

(I remember knocking on his door when I ran for McHenry County Treasurer in 1966. He told me Tom Davis was running for precinct committeeman instead of him.)

The projects I found are listed in alphabetical order by congressional member. If both Senator Dick Durbin and a house member sponsored a project, I have put it under the congressman’s or woman’s name.

I could find nothing in these two budgets suggested by newly sworn in Senator Roland Burris or DuPage County Congresswoman Judy Biggert. 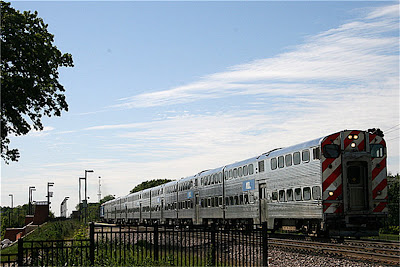 Tomorrow, we’ll look at the projects that our influential senior senator from Illinois, Dick Durbin, thought important enough to get money for. And, remember, if he sponsored something with a house member, I listed it under the house member’s name.