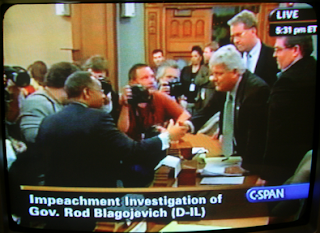 Will it be governor?

A Democrat against an income tax hike?

When I was running against Rod Blagojevich in 2002, he came out against an income tax increase. 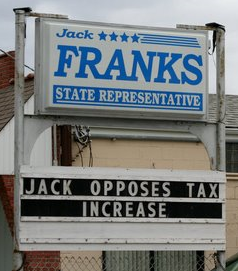 And Franks says he’s against an income tax hike.

There would be that little matter of feeding the Democratic Party interest groups, however.

And he has just been named a

He ranks as high as any Republican!

Or will he run for state representative, the “walk in the park” option?

Or lieutenant governor, an office, he might very well be able to pick off?  But will he be willing to stake his future on a tax hike promising Quinn or Hynes?

He could run for one of the financial offices where he could use his banking background?

In any event, it’s past Labor Day.

Folks are waiting in McHenry County.

Vacating the legislative seat could set off quite a primary election among Republicans.  Maybe a Democrat will even file to replace Franks.